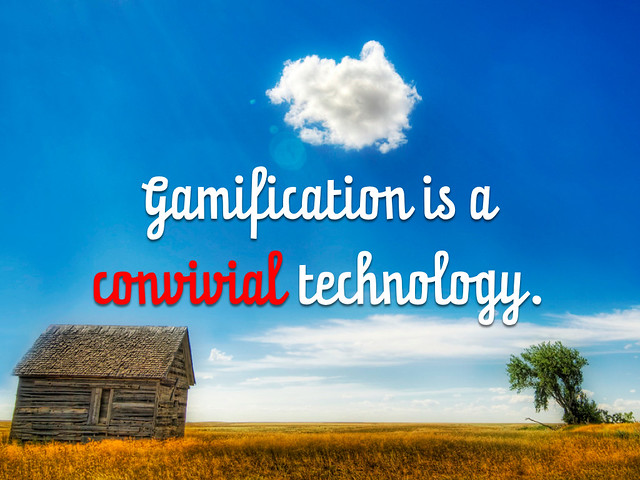 There’s no question game mechanics can make the most mundane of tasks fun. Whether you’re tracking daily steps using FitBit, holding a scavenger hunt during an event or incentivizing attendees to visit as many booths as possible, there’s a place for gamification nearly everywhere.

We’re not saying you need to be gimmicky, but we are saying that awarding accomplishments along the way is likely to influence behavior more so than simply giving out a raffle prize at the end of the day. In a similar vein,, Ana Andjelic thinks loyalty programs without small rewards don’t work very well either. What’s the answer?

Create programs that you and your colleagues would appreciate. What do we mean by that?

End Guaranteed Raffle Prizes
You’re not going to get anyone to show up by randomly giving away an iPad. Instead of handing out tickets, allow attendees to increase their chances of winning by visiting booths, answers industry questions or providing useful feedback to other attendees. More interaction usually means happier attendees.

Include Big Vendor Giveaways In Popular Presentations
We have enough event shirts to clothe a small country, and none of them fit correctly, nor do they look all that great. Why companies think slapping logos on white tshirts will prompt customers to advertise them for free is beyond us. Instead, ask that vendors give out entries to one large prize and give away those prizes when all eyes on are on them — great value add (exposure) for participating vendors.

Incentivize Meeting People
Yes, it sounds cheesy, but treating networking opportunities like dating shows can help people spend a little bit more time meeting new people and a little less time talking to those they’re already familiar with. If they can’t see the benefit in doing this, devise a business card contest or digitally based way to track and reward the social butterflies. If even one person makes a fantastic connection they wouldn’t have previously, SUCCESS!