We love QR codes. From checking in attendees to sharing information with vendors, QR codes and their cheap-to-create smartphone readers has allowed companies like ours to save time, resources and a whole lot of lost business cards.

While we’ve all seen QR codes used somewhat inappropriately on billboards, campaign signs and other places where it’s near impossible to whip out a smartphone and scan, this simple technology can’t be beat when used effectively. 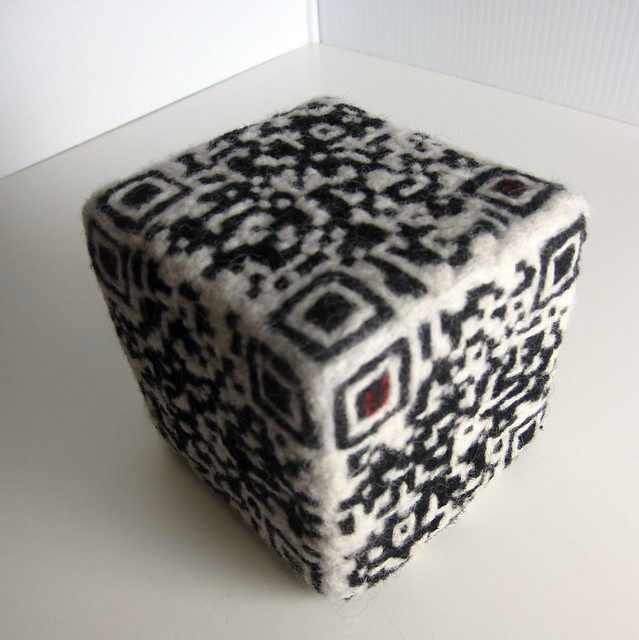 Because QR codes can be customized quickly and cheaply, there’s no limit on what they can be used to do. The following is a list of usage ideas we’ve either seen or implemented ourselves.

Time-Sensitive QR Codes
Sometimes boring hand stamps are just that: boring. We’ve seen far too many events and bars choose the plainest of stamps with apparently no thought about tying that image into marketing or advertising campaigns. But New Delhi bar Turquoise Cottage sees them as far more useful.

During the evening, scanning the QR codes took patrons to specific landing pages for special deals for that night, tips on after parties, and cab companies.

During the day, patrons could use the QR codes for hangover remedies and reminders for the next night’s party schedule.

Check-In/Print Badge
We’re particularly fond of using a QR code to quickly check attendees in and have their badges ready for them at the registration table. Instead of waiting in line for minutes and hours to check people in one at a time (or more, if you have the tables and space), we grab an iOS or Android device with attached camera and walk down the line, scanning QR codes that we’ve sent attendees ahead of time.

Whether they’ve printed their tickets or left them on their smartphone, our QR code readers work quickly to send their information to our servers and back to a registration laptop connected to one of up to four label printers. If it sounds like magic, we’ll admit it does feel a bit like that at times.

Contact Information Swap
For years huge trade shows made a killing renting out handheld scanners that could read attendee information from badges, saving both sides the hassle of transporting and storing business cards. While we don’t fault the companies making a living doing this, the proprietary software and expensive hardware made too many people shy away — especially small businesses, who likely spent most of their budget reserving the booth for the show.

We’ve solved that. Available on iOS and Android, the same basic software we use to check in attendees via QR codes can be used to scan and record attendee data for vendors. No renting special equipment, just any iOS or Android device, a quick scan of a special QR code and some codes to enter.