The idea that events, even those that aren’t repeated, won’t leave a lasting mark on their host city is nothing but a dream. From security considerations for high-profile VIPs, former Olympics venues with nothing to host and even changes to existing infrastructure, cities and towns are seldom the same after large events roll in. 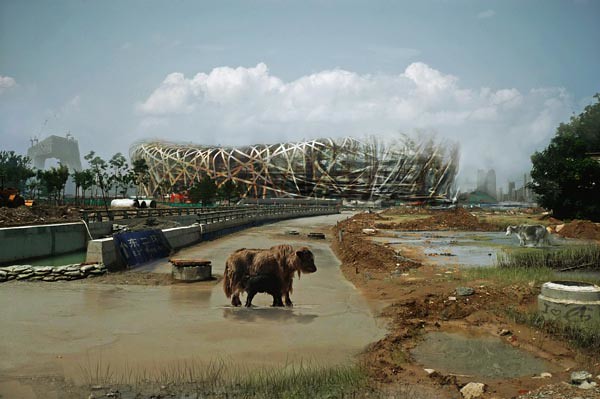 But should that matter much to event planners? What about other stakeholders, like residents, tourists or land owners? Most will likely say these changes or improvements are a good thing, but after looking at Beijing’s unused Olympic venues and Vancouver’s little-used Olympic Village, it seems that, especially for international-scale events, it’s tough to assimilate so much.

Security
With many city budgets regularly trimmed down, leftover equipment from big events like political conventions can seem like a godsend, especially for police officers and fire departments.

But these improvements come with a big price tag; who’s going to pay for the training, vehicle modifications or ongoing maintenance required? While most event planners may not have to make these kind of decisions, it’s a great idea to always keep future usage in mind when buying something that won’t be packed up after the event is over.

Personnel
Labor costs eat up of ton of event budgets. From extra police officers (especially high-ranking officers and specialty squads) to civilian volunteers, there’s more to think about than simply payroll. Large amounts of people need to be able to move freely across buildings, meaning transportation needs must also be considered.

Did you know that mega churches often have Disneyland-like trolleys to move people quickly from parking lot to front door? Seems event planners could learn a lot by stopping by every Sunday a few hours before service begins.

Materials
There is always tons of small stuff needed, from pots and pans to printers and monitors. While catering or event companies likely bring their own and leave with it, smaller event planners are often ‘stuck’ with extra equipment they will need again but have no place to store.

Ask any community planner where their storage is — we bet it’s somewhere in their house. This is okay if the planner is cool with putting that next to their Christmas decorations in the corner of their garage, not so cool if we’re talking a roomful of expensive equipment.

We recommend looking toward local churches or community centers for extra storage, or working together to establish some sort of shared storage so as little as possible sits gathering dust.

Aftermath
Keeping good records helps here, too. There’s no reason every thing purchased for the event can’t have a tag (QR code!) of some sort, which can be easily scanned and catalogued.

Just don’t forget that you did it.