In the following video, Jay Baer interviews Paul Simon, author of The Age Of The Platform. In it they discuss how the Gang Of Four — Apple, Facebook, Google and Amazon — have and will continue to change both how business works and how it’s perceived.

Unfortunately, we haven’t had time to read the book yet (it’s on our Kindle!). Instead of a book review, we’re going to speculate as to what the Gang Of Four’s top influences are. After one of us finishes The Age Of The Platform, we’ll come back and post our own video response.

Amazon
From a consumer standpoint, Amazon’s biggest business revelations have been their vast selection and recommendation engine/algorithm. Nary a day goes by that Amazon doesn’t make great suggestions on what else to buy, and there are few things not available via their site.

Supermarkets used to be one-stop shops, but Amazon truly is a no-stop one.

Apple
Apple has time and time again proven that most consumers are willing to pay a little extra for products that look and feel good in their hands. While the quality of Apple’s products rank highly compared to competitors, this isn’t what usually sets them apart. Rounded curves, simple UIs and touch-based interfaces that make human, but not always computer, sense abound from iOS to OS X and back again.

Quick, when’s the last time you considered how a consumer product felt in your hands before buying it? Surely your vacuum, coffeemaker, teapot or even silverware didn’t get that treatment, and we bet those items are used far more than that iPod.

Facebook
People want to be where their friends are. As long as the interface isn’t terrible, the price low and the crowds large, consumers will use and continue to use Facebook. Much has been said about Mark Zuckerberg’s apparent disdain for user privacy, but the mass exodus threatened with every policy change hasn’t happened yet.

Google
Do one thing well, then use that success to do lots of other things almost as well. While not all of Google’s products have been widely adopted, you can’t blame Google for not trying. The runaway success of their flagship search products has allowed them to make a lot of mistakes in search for their next big thing.

What can event planners learn from this?

Make sure your events tie into other aspects of your attendees’ lives.
People care about how they feel when they’re at your event.
No one is going to show up if no one else does.
Do one big thing really well, then worry about everything else.

If all else fails, just be cool. Happy reading! 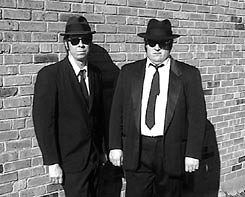