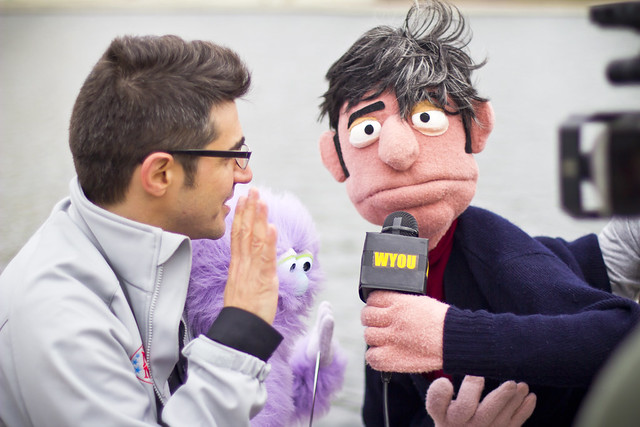 First email was the social media frontier. Then came instant messaging, followed closely by SMS-capable apps and then social networks. While most people think of social networks as Twitter or Facebook, the 10th most popular site in the world (Facebook, Google, and Twitter) is also one of the simplest: YouTube.

Designed during a time when uploading personal media anywhere online AND having the bandwidth for more than tens of people wasn’t common, YouTube’s success after nearly a decade can be boiled down to one thing: people like seeing videos of others just like them.

Like People, there’s a certain magic in seeing faces and antics of real people doing and saying real things. Marketers did certainly didn’t miss the boat here, and have used YouTube in a variety of effective ways, perhaps none more so than the customer testimonial. We’re not talking staged testimonials here, either (though actors playing roles are better than most marketing/advertising campaigns).

The real stuff is what works. But how can your average businessperson with a decent digital camcorder, microphone and video editing software make their video testimonials worth it? Rocky Walls, guest posting on Convince & Convert, says video testimonials should be treated like a great first date.

For those of you out there that are either super bad at first dates or haven’t been on one in a while, here’s a quick refresher:

Pick The Right Moment
Walls recommends asking for a video testimonial right after you’ve nailed a client project or a similar accomplishment. Nothing better than a sparkle in someone’s eye after their expectations were exceeded.

Be Irresistible
Walls’ article mentions the need for an irresistible line, but we disagree. While lines work great for TV characters, fostering a fantastic relationship over previous hours, days, weeks, months, and/or years will help turn every reasonable request into a yes. Trusted people are hard to resist.

Go Where They’re Comfortable
This could mean their place. It could mean a park or coffee shop. It probably won’t mean a sterile sound stage in front of a green screen. The point of an honest testimonial is to be honest, and that’s much harder when the customer isn’t in their element.

Remember The Golden Rule
The above title could easily be translated into “be gentlemanly” or “act as if a lady”, but what it really boils down to is that anyone looking for great video testimonials should treat their customers as they’d like to be treated. Say please and thank you, give honest feedback, and don’t expect the moon when you’re only willing to provide a few pieces of cheese.